Rape myths are false beliefs people hold about sexual assault that shift blame from the perpetrator to the survivor.

There are myths about sexual assault survivors which can reinforce feelings of shame, guilt, and self-blame for girls and women.

Myths can promote a social climate that makes sexual assault seem acceptable and defensible. These misconceptions in turn perpetuate a culture in which sexual assault too often goes unreported and perpetrators go unpunished.

Here are nine of the most common myths about sexual assault*, and why they’re simply not true. 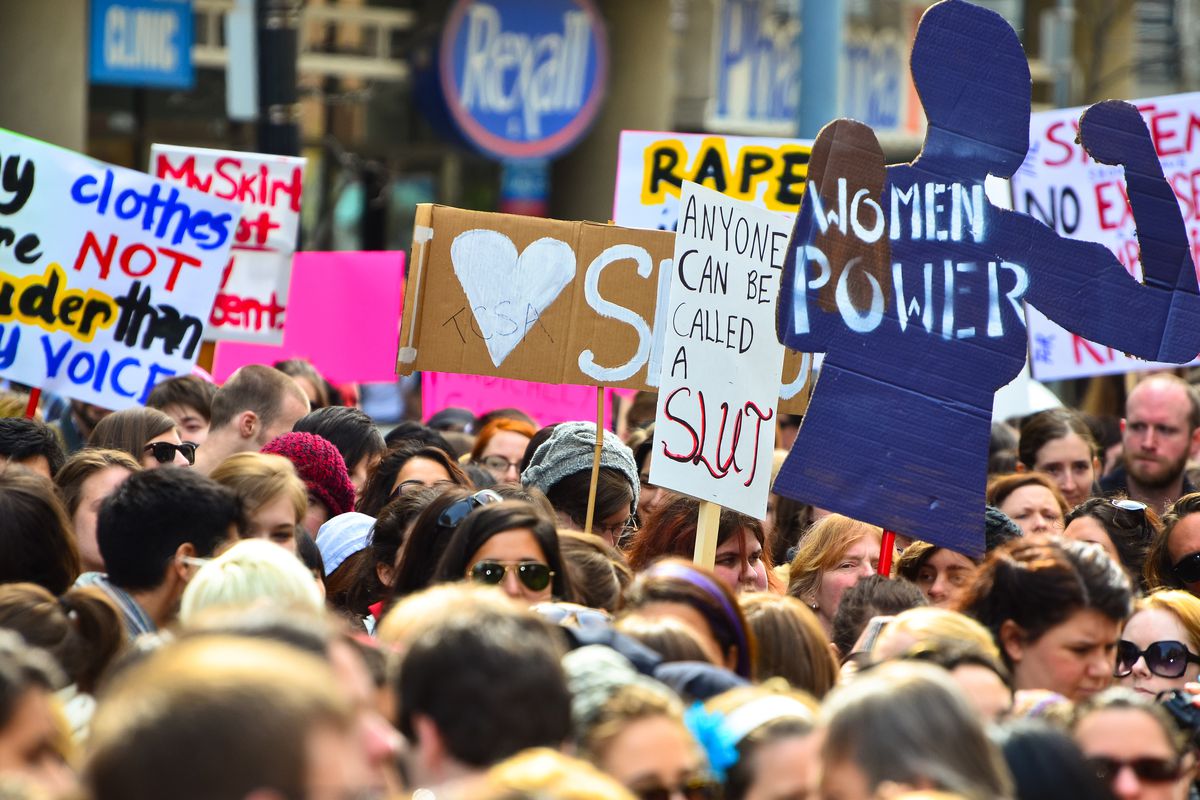 Rape, molestation, and sexual assault are rare, or they only happen to a certain type of person.

If a person didn’t verbally say no, it doesn’t count as rape.

Consent is not the absence of a ‘no.’ It is the presence of an informed and freely       given ‘yes.’ A thief who breaks into a house and takes a family’s possessions couldn’t reasonably argue the family consented to the theft because they didn’t verbally decline. Rape and other forms of sexual assault are no different.

This is why PGIO  now talks about “affirmative consent” and “yes means yes.” Sex is not a presumptive right that can only be taken away with a “no.” It’s something a person must ask and receive permission for.

A person can prevent sexual assault with certain behaviors, such as avoiding strangers or never walking home alone.

People are more likely to be assaulted by people they know. The only way to prevent sexual assault is for perpetrators to stop assaulting people. It is estimated that seven in 10 rapes are committed by someone known to the victim.

Among child sexual abuse victims, abuse often occurs at the hands of a parent or family member.

It’s not sexual assault or rape if the assailant and victim are already in a relationship.

No one has a right to sex. Romantic status and prior consent do not erase the need for current consent. A person who borrowed money from a friend would not expect to have unfettered access to that friend’s bank account.

Nor would a person in a relationship believe that they have a right to everything their partner owns. The right to sex is no different. Consent must be freely given, and it can be taken away at any time, even if a person has previously consented to sex.

Fear of negative attention and stigma causes people to under-report sexual assault. If the assailant and victim’s testimonies clash, and there is no other evidence available, a police officer may assume any sexual activity was consensual and mark the report as false.

Due to a backlog of rape kits across Kenya, producing physical evidence can be difficult. People who are raped or sexually assaulted may feel embarrassment or shame and are less likely to report.

People claim they were sexually assaulted for attention, money, or other personal gains.

Most people who report a sexual assault face a wide range of personal consequences. There’s little social status to be gained from reporting a sexual assault. At every level of reporting, a survivor often encounters skepticism, victim-blaming, and rape myths.

A survivor who sees their rapist prosecuted may have to answer intrusive questions about their sexual history or deal with badgering from people. They may also have to cope with public fallout and scrutiny.

It is impossible to get pregnant from the rape.

A woman is just as likely to get pregnant from rape as she is from consensual intercourse. Data on rape-related pregnancy rates are limited. This is because many women do not report their rapes. Some may feel that a non-consensual sexual experience “doesn’t count” as rape.

If a rape really happened, the victim would report it immediately.

Victims delay reporting for many reasons. It can take many years for a victim to come to terms with their experience. Some do not want to accept that they were raped by a family member or loved one.

Others fear personal or professional repercussions. In some cases, the rape or sexual assault occurred when the person was a child who was unable to safely report the abuse. PGIO encourages survivors to share their stories. When one person shares a story, it offers evidence that another survivor does not have to stand alone.

Sexual offenders come from all educational, occupational, racial, and cultural backgrounds.  They are ordinary and normal individuals who sexually assault victims to assert power and control over them and inflict violence, humiliation, and degradation.

Therapy can support survivors recovering from sexual assault. Therapists at PGIO seek to help sexual assault survivors cope with overwhelming emotions and talk to loved ones about their experiences.

Our therapists also treat any mental health concerns that arose from the trauma. Therapy can be a safe place to receive support from someone who understands.

Lack Of Sex Education Is A Major Crisis.

Top 7 Things You Should Teach Your Daughters Now.

Fighting Against Gender Based Violence During The Covid-19 Pandemic In Kenya.

Catcalling is not a Compliment, It’s Harassment!!

Top 7 things You Should Teach Your Daughters Now.